An African american that made an invention and a impact on the world was George Washington Carter he developed techniques to improve soils for crops which he did by repeatedly planting cotton. He wanted poor farmers to grow alternative crops (peanuts and sweet potatoes) to improve the quality of their life. He made 105 recipes using peanuts even though none of them became commercially successful. This person is inspirational he tried new things to help better other people and make the quality of other people lives better. I believe that that’s a great impact that he had by repeatedly planting cotton and trying to come up with new recipes. In spite of his work he helped out many farmers he was also a leader in promoting environmentalism and received numerous honors from his work. George Washington Carter was as well a scientist and a chemist and born into slavery in 1864 in Diamond Grove Missouri.  George Washington Carter was also was a champion of crop rotation and agricultural education. Carter died January 5 1943. 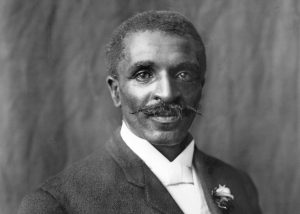